IADP - DIVE PROFESSIONALS, to be registered as a, "ASBL/VZW" non profit organization, in Brussels (BE)

Press Release: IADP in the process of registering as a non profit organization in the EU. (BE) 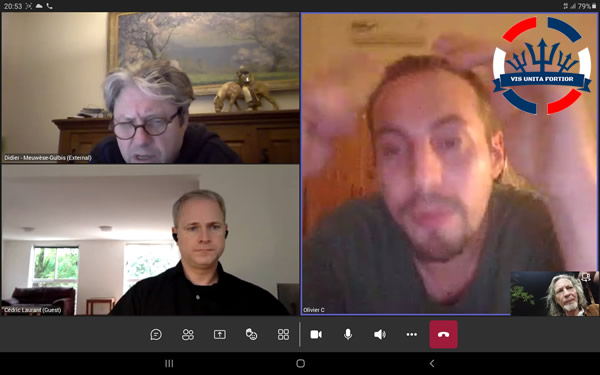 The new articles of association, are an update on the previous Articles voted in to existence in 2021, the update was necessary to conform to the Belgian law governing non profit associations. The articles needed to be compiled in one of Belgium's main 2 languages, thus either in French or Flemish. The Board decided for French as being the language of choice.

This could not have been made possible if it wasn't for the dedication of the legal team, which worked relentlessly, even over the holidays, to make these documents happen. A big shoutout to Olivier, Didier and Cedric who cooperated on this project.

Next step is to collect all documents to be sent to the Secretary Mr. Coilin, who is in charge of official registration, at the Belgian chamber of commerce.
At a later stage translated versions, will be available publicly, on the OFFICIAL IADP WEBSITE.

The founding board, will act as an 'Interim Board', for a mandate of 2 years, until general elections planned around end '23, or beginning '24. During these 2 years, the internal management structure will be further developed.

Interim Board Composition is as follows:

"As the founder, and torchbearer for this project, since 2007; it is with great pleasure I am witnessing the evolution of the IADP from a virtual idea, to a real life entity.
This milestone is an important one for sure. It will bring us the legal infrastructure needed to advance the development, of our many programs aimed at supporting professional divers worldwide. But more importantly provide the support we need, with implementing both the GOBLU3 & #OPREDSEA.
A milestone has been reached, now comes the real work." - H.Hemmerechts

Official press releases and communications, will be available soon on https://dive-professionals.org

Since I moved to our new location near the fishing...
Posted in The Vault

The MV Sea Ray, our ticket to mobility, in Sudan's Red Sea

Since shortly after my arrival in Port Sudan, som:...
Posted in OC3ANCLUB

I clean underwater, you clean above water, we clean. Cleaner waterways, for a clean Port Sudan. #OPREDSEA

Last week saw the first week, of the training for ...
Posted in OPREDSEA